Tim Paine has emerged as a tough player and playing on with a broken thumb is tribute to his mental strength but Australia in a big crisis look to the captain. Paine is the first Australian captain from Hobart the Tasmanian capital (Ricky Ponting Test Captain No 42 was born in Launceston Northern Tasmania) Paine has endured a very tough week and the hardest time to take over ever as Australian captain.

Paine scored a brilliant 62 which was amazing in itself batting for over 2 hours and only dismissed by a brilliant catch in the deep. It’s been a long time coming for Paine and the disappointment for me is he could have been captain years ago if not god awful treatment by Tasmania his home state in my view never looked after him he’s now Test Captain and Daniel Marsh is former coach would be feeling extremely silly he will never coach at top class cricket again a man who struggled to deal with players.

Tim Paine is a very shy man off the field which surprise many as he is an excellent speaker as we have seen recently and over the years. I have always admired him and regular readers of this website would know that. Australia will look to draw this test match and fight on in better times next test series under a new coach but one thing for certain is Tim Paine will be captain for 2018 and 2019 he has the ability and energy in a leader that Australia have lacked for a while. A strong captain who can lead by example. Not many players can captain bat and wicket keep that’s what makes Paine so special. 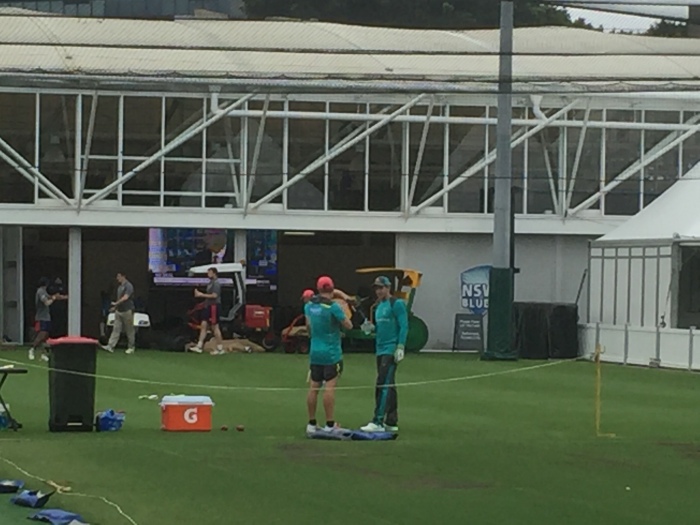 The Result in this 4th Test Match seems somewhat unimportant more about pride and creating a positive image. It’s also a reminder to CA that picking the right leaders is important. A respectable captain is always expected and some changes at CA must take place more than just a culture review into players a review of Administrators and ensuring the Australian players are promoted in a positive way.

I for one will be having some discussions around Australian Cricket and it must start at state level. Cricket is a better game than it’s been treated by CA. Its such a shame because great men like Paine Pat Cummins and Mitch Marsh give Australia such hope for a positive cricket image and outlook.

This website is a real news site but we must be smarter in cricket reporting trying to find a balance in news and players lives. This game needs a real review and Tim Paine and his men give the great Test Cricket much hope. I will be buying Tim Paine many drinks for many years he’s a real hero. A real leader and hope for Test Cricket around the world a man of honesty and pride.