Tim Paine has had a tough job leading the Australian Test Team after suspensions of David Warner and Steve Smith the new leadership group Paine has had to establish himself and lead from the front. Hit on the finger keeping up to the stumps off Australian fast bowler Chadd Sayers left Paine with a stoppage in play and no doubt some pain. Tim has endured years of injury and while in discomfort is use to spending long periods with physio. Treated on the field last night. In took something and played on

Paine gets assistance from the Australian physio and sub fielders

Play was delayed but Tim played on credit to him. 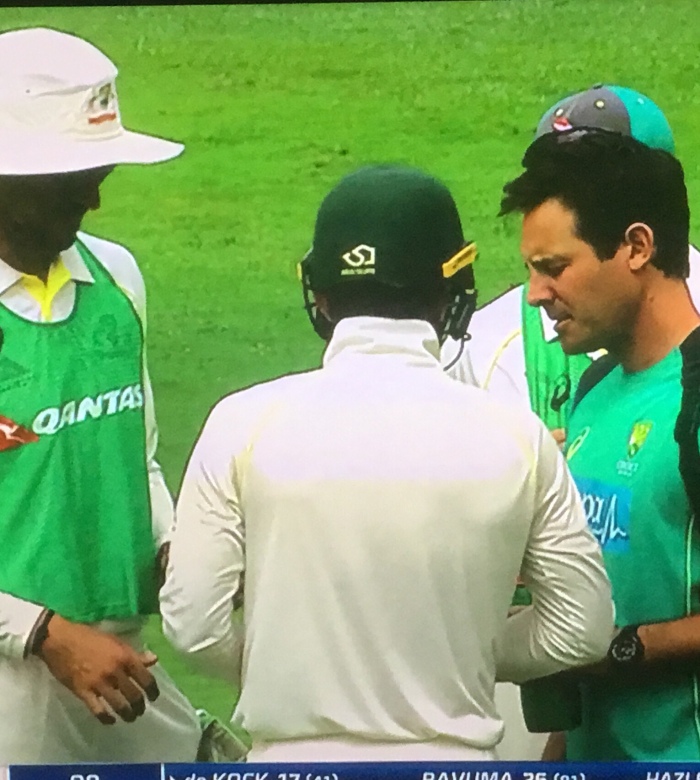 Tim Paine has had a very challenging start to his career and people must support him. Assistant Coach David Saker admitted after Day 2 that this period has been very challenging for Australia and to see the new Australian captain in some discomfort is not what Australia wanted but Tim has been through a lot in his career. Hopefully the team is supported well next week when they arrive home. Tim Paine will address media after the test match is over. He and Pat Cummins will resume batting in the 2nd innings later today when Day 3 gets under way later today.